USA is #1 for Swiss exports!

On April 12, 2022, the Swiss government has finally published what we all knew since early January:

Swiss exports to the USA have surpassed exports to Gemany for the first time in history. With this

development, the US market is now the largest export market for Swiss goods. Not bad considering

that 10 years ago, exports to Germany were double those to the USA, while exports to France, to Italy

and to the BRIC (Brazil, Russia, India, China) were all about the same as those to the USA. Today,

Switzerland exports more to the USA than France, Italy, UK and Austria combined, more than twice

than to the BRICS countries and more than to Germany!

Main contributor for this export bonanza was the chemical-pharma sector, contributing about two

thirds of the growth. But except for the watch sector, all sectors had a higher growth rate to the USA

growth rate to the rest of the world.

The US market was truly the locomotive for the successful Swiss export economy. But let’s not forget

that the EU is still very important. It might have lost some 10% points, but it still represents 52% of

Swiss exports. The BRIC countries were disappointingly stuck at just 8.8% for the last 10 year. We

will need to nurture all markets but keep a special eye on the locomotive USA.

Like
« Previous Story What the Bipartisan Infrastructure Deal Will Mean for American...
Next Story » 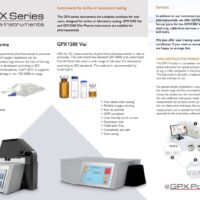 Global Ingress represents Gasporox SA in the US