What the Bipartisan Infrastructure Deal Will Mean for American Mobility

November 23, 2021 Comments Off on What the Bipartisan Infrastructure Deal Will Mean for American Mobility News  Like

The Bipartisan Infrastructure Deal is a generational investment in America’s transportation network. It will allow the nation to modernize its infrastructure, making it safer and more resilient. It will make our transportation systems more equitable and help fight climate change. It will create hundreds of thousands of good paying jobs and lay the foundation for America to compete and win in the 21st century.

Fact Sheet: What the Bipartisan Infrastructure Deal Will Mean for American Mobility

• Reduce the backlog for major repairs for highways and bridges by almost 20%
• Spur the creation of a nation-wide network of 500,000 EV chargers by 2030 including a special program for smaller and underserved communities
• Fix up to 10 of the most economically significant bridges in the nation, and repair over 15,000 smaller bridges across the country
• Reconnect as many as 20 communities by removing portions of interstates, redesigning rural main streets and repurposing former rail lines
• Increase the number of communities that have strategies to reduce traffic fatalities and interventions that prevent death and serious injuries
• End growth in the national transit maintenance backlog, reduce the current backlog by 15% and replace more than 1,700 aging subway, light rail, and commuter rail cars
• Replace over 10,000 fossil-fuel powered transit vehicles with cleaner electric or low emission transit vehicles
• Boost transit funding for communities all over the country by an average of 30% – allowing for communities to address maintenance backlogs, modernization and expansion
• Fund replacement of Amtrak railcars, including ones that are nearly a half-century-old, with state-of-the-art trains on routes that account for nearly half of Amtrak’s annual ridership
• Fund major bridge and tunnel replacement projects along the Northeast Corridor, which today is served by infrastructure, some of which dates back to the Civil War
• Put the Northeast Corridor states on track for their goal to save nearly 30 minutes in travel time each between New York City and D.C. and Boston and New York City
• Nearly cut in half the $43.6B backlog of airport modernization and safety projects identified by the FAA
• Replace up to 100 control towers at regional and municipal airports across the United States in the next decade
• Double investments in ports to help alleviate bottlenecks and increase sustainability
• Strengthen supply chains by investing almost $50 billion in our ports and airports on top of expanding existing programs that support freight investment across modes
• Along with the Build Back Better framework, create millions of new good-paying jobs for Americans 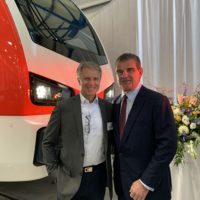 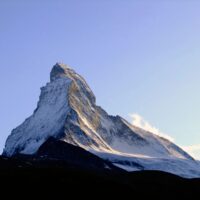 USA is #1 for Swiss exports!